Feeling crazy-grateful to Joanna Rakoff, whose memoir My Salinger Year I voted Best Book of 2014 on Goodreads–which makes me quite starstruck too–as I learn that she has provided a new blurb for The Good Shufu:

“Tracy Slater’s charming The Good Shufu reminded me of Eat, Pray, Love — rewritten by Woody Allen! With equal parts humor and heart, Slater narrates her tale of falling in love with a Japanese man and, then, Japan itself. Slater’s real triumph is her ability to probe both inward and outward, to chronicle both the ways in which Japan transformed her—emotionally, politically, even physically—and her evolving take on Japan itself. Brave, unabashed, and also just plain old fun.”—Joanna Rakoff, author of My Salinger Year

A friend sent me this recently, and I thought it was very appropriate given the forthcoming Good Shufu (housewife). My favorite line: “Remember, his topics of conversation are more important than yours.” Although I have to admit, “Be a little gay and a little more interesting for him” is pretty hilarious, too. 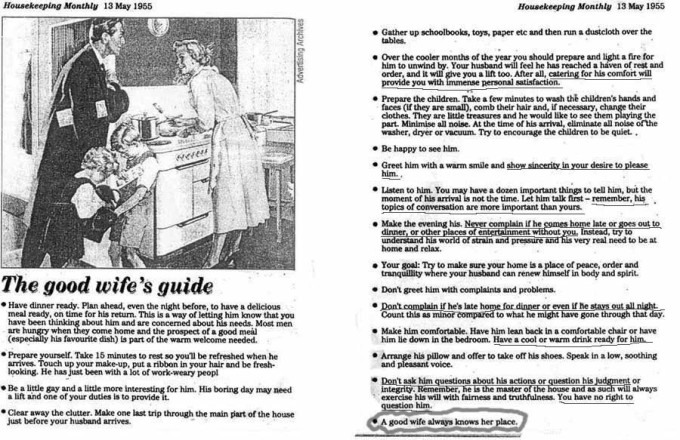